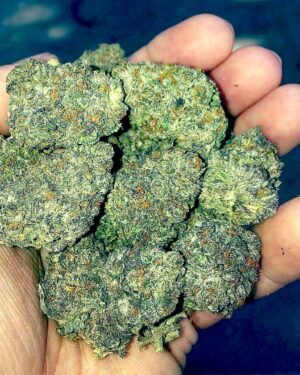 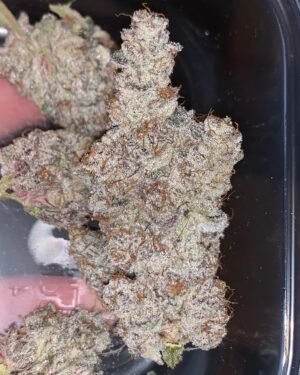 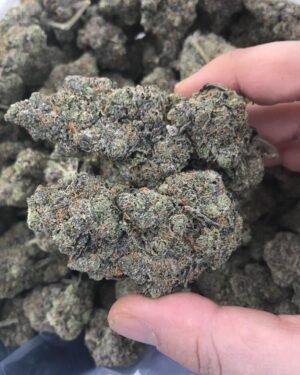 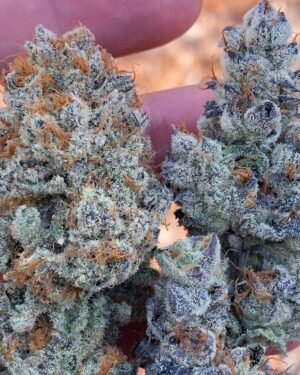 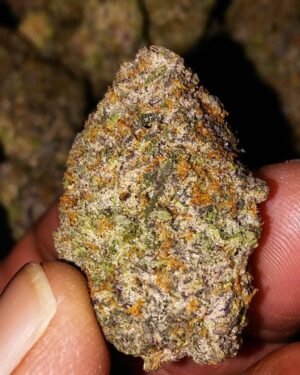 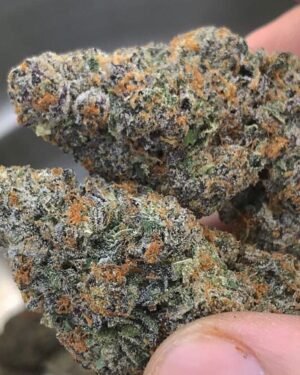 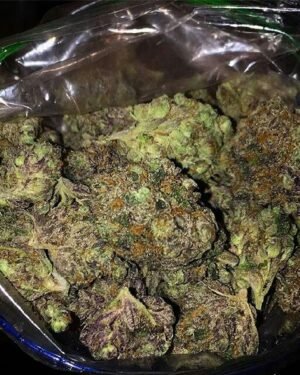 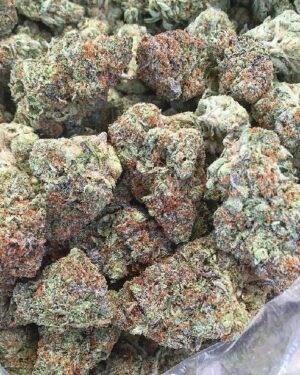 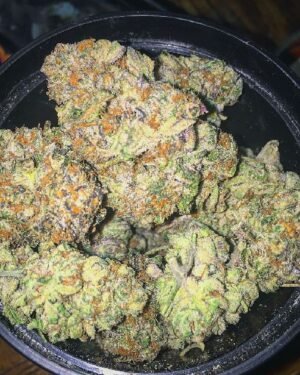 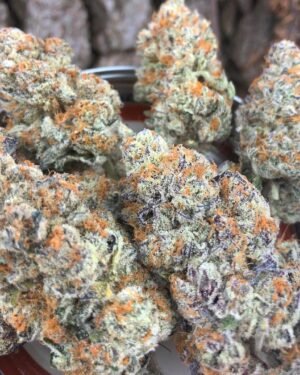 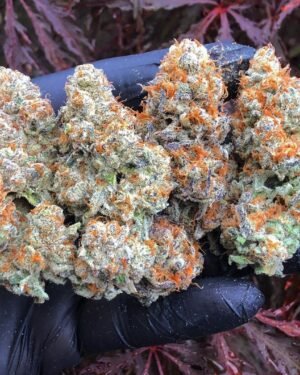 9 Pound Hammer is an 80% indica strain that crosses Gooberry, Hells OG, and Jack the Ripper. These dense buds are coated in resin, offering sweet grape and lime flavors. True to its indica dominance, effects are heavy and long-lasting, useful for pain and stress relief. Best grown indoors, 9 Pound Hammer will deliver a heavy yield, flowering between 50 and 60 days.

A clever play on words isn’t all that this strain insinuates. Aptly named for its smooth smokability and rich dark berry flavors, Berry White is a celebrity strain born of two ultra famous parents: Blueberry and White Widow. Green Beanz Seedz out of Colorado has created a pure indica strain that has evenly balanced effects in both body and mind without inducing the heavy couch lock that many indicas have a tendency to do.

The strong Indica effects of this strain make it ideal for night use, which makes it useful to insomniacs. Patients often report that it alleviates migraines, nausea, and severe aches and pains. Many people choose it for the relief of stress, anxiety, and depression. Black Domina is highly regarded by doctors and dispensaries as a good medical strain.

Blue Cheese is a classic indica-dominant hybrid that delivers a memorable taste alongside a balanced high. Its distinctive name has more to do with its genetic lineage, a cross between the popular Blueberry and the UK-native strain Cheese, than its taste, which is surprisingly fruity.

The Blue Cheese name has more to do with its lineage than taste. Blue Cheese achieves its potency with an average THC composition of about 15% to 20%.

Zkittlez, sometimes also spelled Skittlez or just Skittles, is an indica-dominant hybrid that erupts with fruit flavor. The creation of Northern California-based collective Dying Breed Seeds, this strain is descended from fruity indica favorite Grape Ape and tangy sativa Grapefruit. Skittles combines the mental and physical effects of both parent strains to yield a smooth, multifaceted high. This bud’s appeal was strong enough to earn the title of Best Indica at the 2015 High Times Cannabis Cup held in Michigan. Zkittlez’s THC content has been measured at between 15% and 23%.

Its potent psychoactive effects are clearly detectable in both mind and body, delivering a fusion of cerebral euphoria and physical relaxation. While your thoughts may float in a dreamy buzz, your body is more likely to find itself fixed in one spot for the duration of GDP’s effects. Like most heavy indica varieties, Granddaddy Purple is typically pulled off the shelf to treat pain, stress, insomnia, appetite loss, and muscle spasms. GDP blesses growers with massive commercial yields which are ready for harvest following a 60 day flowering time indoors.

Jack Herer is a sativa-dominant cannabis strain that has gained as much renown as its namesake, the marijuana activist and author of The Emperor Wears No Clothes. Combining a Haze hybrid with a Northern Lights #5 and Shiva Skunk cross, Sensi Seeds created Jack Herer hoping to capture both the cerebral elevation associated with sativas and the heavy resin production of indicas. Its rich genetic background gives rise to several different variations of Jack Herer, each phenotype bearing its own unique features and effects. However, consumers typically describe this 55% sativa hybrid as blissful, clear-headed, and creative.

$260.00 – $1,700.00
1 Review
Jedi Kush is an indica that will awaken the powerful psychic knight within. This strain was devised by Cali Connections — the creators of strains like Deadhead OG and Alien OG — as a cross between knockout indica Death Star and SFV OG Kush. It offers a nuanced, mutli-layered high that, despite its indica genetics, is not too heavily. Although it may not give you the power of mind control, Jedi Kush is sure to add a psychedelic new dimension to your day. Cannabis testing laboratory Analytical 360 has consistently found samples of Jedi Kush to have between 15% and a whopping 30% THC, making it highly potent for both cannabis and veterans.
Add To Cart

Master Kush is a strain originally named High Rise, which comes from south Amsterdam. This mostly Indica strain gained popularity in coffee shops there as a unique tetraploid strain. Most cannabis strains are diploid. They have two sets of chromosomes, one from each parent in each cell. Tetraploid strains carry four times the number of haploid chromosomes, making eight sets.

Master Kush has won several awards over the years.  It won The Cannabis Cup, known as the Superbowl of pot, twice – once in 1992 and again in 1993. It is also the strain of choice for none other than Snoop Lion (Snoop Dog).

Master Kush produces strong, but not overwhelming, euphoria that can leave users in a blissful haze. More experienced users report a rise in creativity and intellectual curiosity.